Star Wars Alien Archive: An Illustrated Guide to the Species of the Galaxy 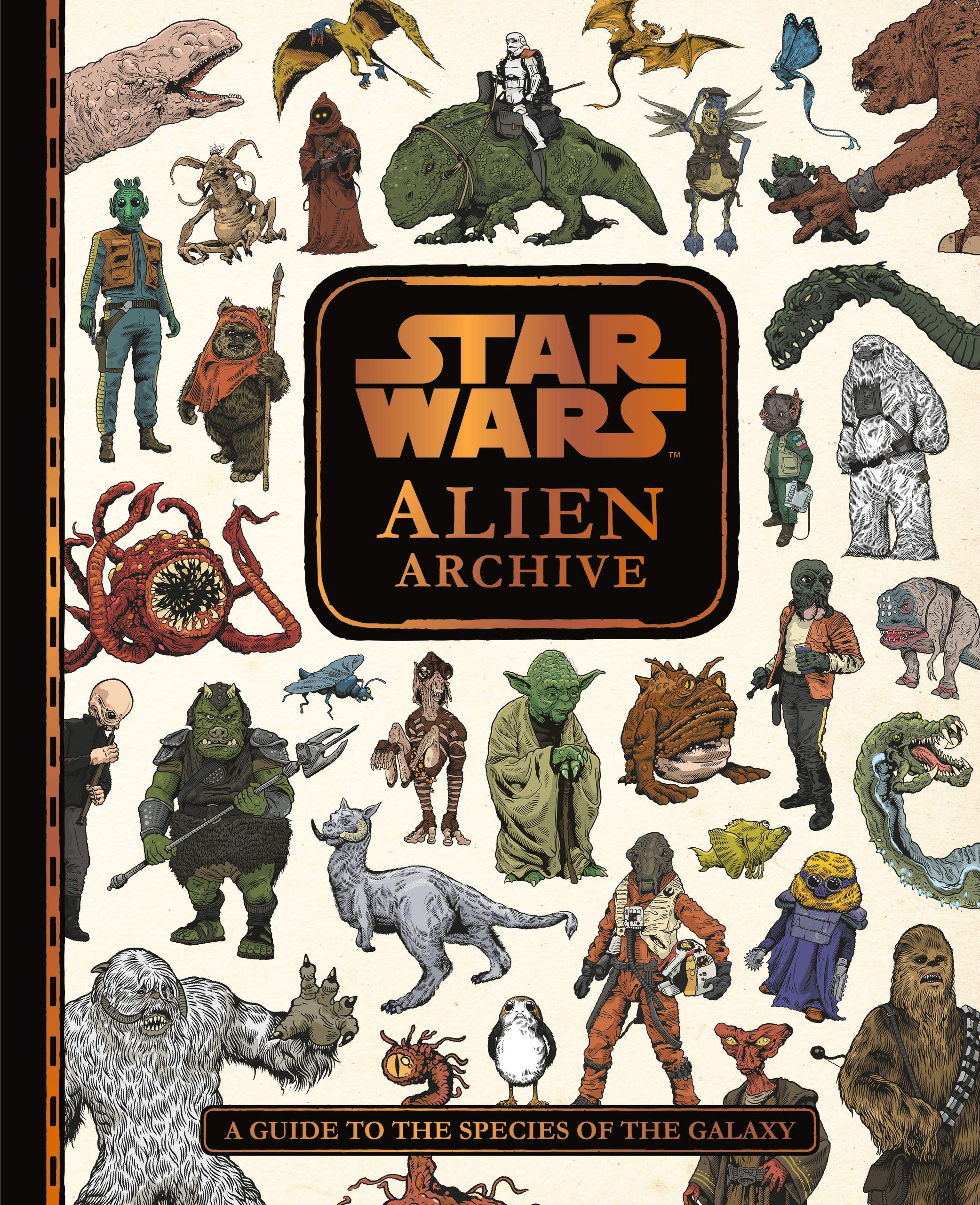 Wookiees, wampas and Weequays; Biths, banthas and bogwings; porgs, puffer pigs and Pau’ans; this is the ultimate species guide for Star Wars fans aged 7 to 70! This comprehensive collection will tell you all you need to know about the aliens of the galaxy.

Any Star Wars fan will enjoy spotting well known species from across the Star Wars canon, including all 10 movies and the 2 animated series, and also learning about some of the lesser known creatures.

Deep in the stacks of the Graf Archive, an old traveller’s journal has been discovered and restored for public viewing. A long time ago this unknown traveller documented his stories about the many creatures found in each destination he explored, and includes famous movie locations such as the Mos Eisley cantina on Tatooine, Maz’s Castle and the holy city of Jedha.

The archivist restored this journal and added facts and stats about the cultures, legends and famous members of over 200 species, including famous characters such as Chewbacca, Ahsoka, Wicket and many more.